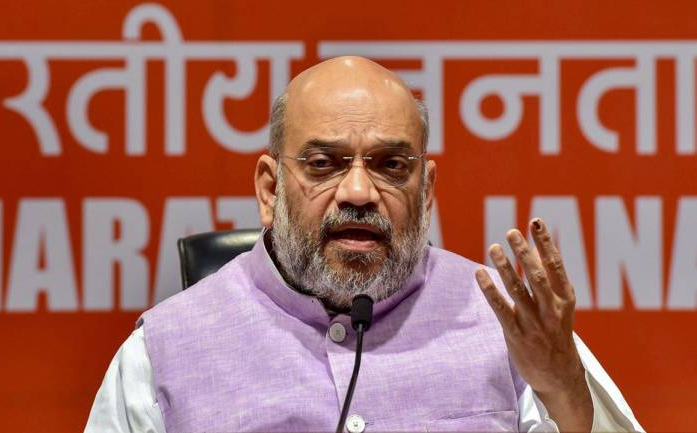 Security, dev review, foundation of 2 GMCs, PRI meetings scheduled
Dr Jitendra to review arrangements for HM’s tour today
Sanjeev Pargal
JAMMU, Oct 21: Union Home Minister Amit Shah will be holding high-level review of security situation and development including Prime Minister’s Development Package (PMDP) in Jammu and Kashmir along with Home Secretary AK Bhalla, top officials of the MHA, heads of most of the Central Armed Police Forces (CAPFs) and Intelligence agencies including the Intelligence Bureau, lay foundation stone of two new Government Medical Colleges (GMCs) for Udhampur and Handwara and meet Panchayati Raj representatives besides holding a mega public rally in the temple city during his three-day visit to the UT, from October 23-25, his first after abrogation of special status of erstwhile State and its bifurcation into two UTs of J&K and Ladakh.
Ahead of Shah’s visit from October 23, Union Minister of State in the Prime Minister’s Office (PMO) Dr Jitendra Singh is reaching here tomorrow to review arrangements for the visit in both Jammu and Srinagar. Dr Jitendra will meet top officials of civil and police administration in first half of October 22 in Jammu and during second half in Srinagar to give final touch to the arrangements. He will also meet Lieutenant Governor Manoj Sinha in Srinagar to discuss the arrangements, schedule of the visit and other connected issues, sources in the Jammu and Kashmir administration told the Excelsior.
Dr Jitendra Singh is the lone Union Minister to accompany Amit Shah during all three days of his visit to the Union Territory, sources said.
“Top officials of the Union Home Ministry including Home Secretary AK Bhalla, the MHA officials Incharge Jammu and Kashmir and heads of most of the CAPFs and Intelligence agencies including the Intelligence Bureau will attend high-level security review meeting to be chaired by Shah in Srinagar on October 23, the first day of his three-day tour to the Union Territory,” sources said.
This will be the first major review of security situation in Jammu and Kashmir by the Union Home Minister in Srinagar post targeted civilian killings by the militants in the Kashmir valley. Dr Jitendra Singh and Lieutenant Governor of Jammu and Kashmir Manoj Sinha will also attend the meeting.
Sources said a strategy is likely to be drafted in the meeting to tackle sudden spurt in civilian killings and finish militancy in the Valley.
Eleven civilians including non-locals have been killed by the militants in Kashmir during past few days leading to fear psychosis and migration of labourers from the Valley. The security meeting is expected to come out with a plan for protection of civilians including minorities and non-locals.
“Top brass of MHA, CAPFs and Intelligence agencies from New Delhi and senior officers of all security and Intelligence agencies, operating in the UT besides Jammu and Kashmir Police will attend the security review meeting,” sources said.
The Home Minister will also review development works of Jammu and Kashmir including those being executed under the PMDP with top officials of the civil administration in Kashmir. Works under the Centrally Sponsored Schemes will also be reviewed, sources said.
Shah will lay foundation stone of two new Government Medical Colleges (GMC) for Udhampur in Jammu division and Handwara in Kupwara district of Kashmir and inaugurate an IIT block in Jammu on October 24. He will also flag off Srinagar-Sharjah flight.
He will meet Panchayati Raj Institution (PRI) representatives in both Jammu and Kashmir divisions. Some chairpersons and vice chairpersons of the District Development Councils (DDCs), Block Development Councils (BDCs) and Sarpanchs are likely to brief Shah on working of three-tier Panchayati Raj System in the Union Territory, which has been established for the first time in Jammu and Kashmir.
The Home Minister will also address mega public rally, organized by the Bharatiya Janata Party (BJP), at Bhagwati Nagar Jammu on October 24.
Sources said Shah will fly straight to Srinagar from New Delhi on October 23. He will come to Jammu from Srinagar on October 24 and return to the Valley the same day in the evening. He will fly back to New Delhi in the evening of October 25 from Srinagar.