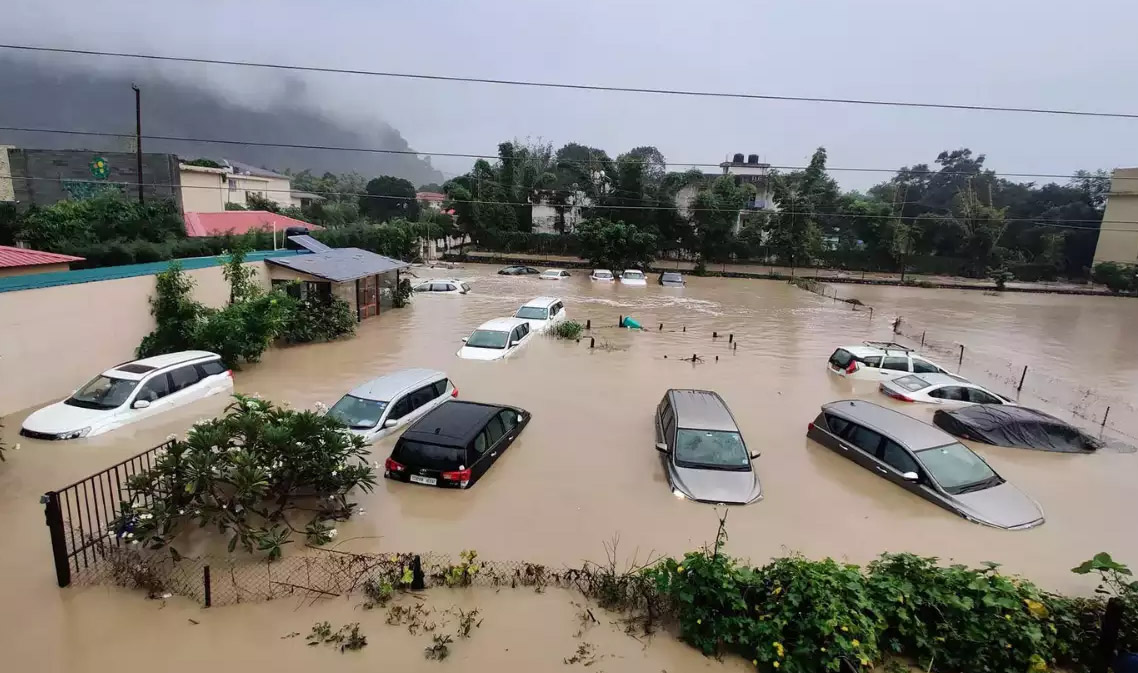 Dehradun  : Flash floods and landslidescaused by heavy rains in Uttarakhand have claimed the lives of 54 people in the last few days. A total of 19 people have sustained injuries in various incidents while five are still reported missing. One person had died in Champawat’s Banbasa on October 17 As per an updated natural disaster incident report issued on Wednesday, eight people were reported dead on October 18. Of these, three each died in Pauri and Pithoragarh and two in Champawat. On October 19, Uttarakhand registered 45 more deaths. Of these, the highest number of deaths (28) were reported in Nainital, six in Almora, eight in Champawat, two in Udham Singh Nagar and one in Bageshwar. Damage to properties has also been recorded in Uttarakhand following incessant rains. As many as 46 houses have either been damaged partially or completely, as per the report. Meanwhile, Union Minister Amit Shah reached Uttarakhand’s Dehradun on Thursday to take stock of the situation. As per government sources, Shah is likely to conduct an aerial survey in the state today. (Agencies)