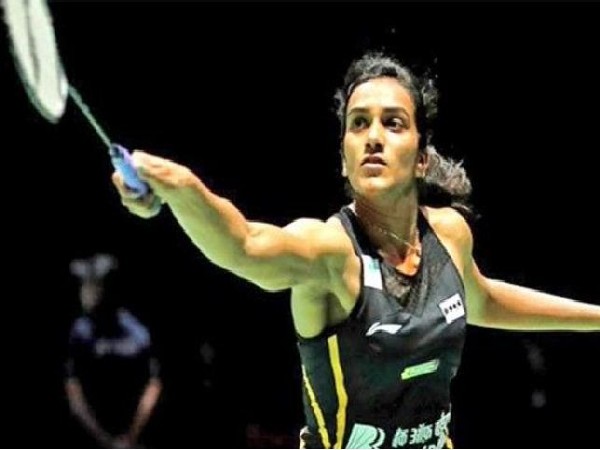 Odense (Denmark) : India shuttler PV Sindhu on Thursday progressed to the quarterfinals of the ongoing Denmark Open. Sindhu defeated Thailand’s Busanan Ongbamrungphan 21-16, 12-21, 21-15 in a match that lasted for one hour and seven minutes. Sindhu dominated the first game, but Thailand’s opponent staged a comeback to send the match into the third and final game However, the Indian shuttler maintained her composure to stage a win in the match. Earlier in the day, India shuttler Kidambi Srikanth bowed out of the ongoing Denmark Open. Srikanth lost his round of 16 match against Japan’s Kento Momota 21-23, 9- 21. Mixed doubles pair of Dhruv Kapila and N Sikki Reddy also bowed out after suffering a defeat against Tang Chun Man and Tse Ying Suet. The Indian duo displayed a fighting spirit throughout the game and was able to stretch their opponents to three games. (Agencies)