Home Kashmir Get united for rights: AIJMS to Jats
Kashmir

Get united for rights: AIJMS to Jats 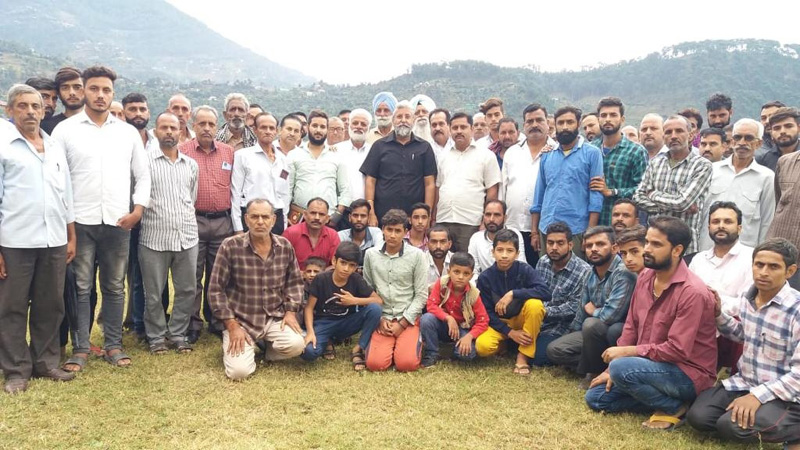 UDHAMPUR, Oct 18: President All India Jat Maha Sabha (AIJMS), Choudhary Manmohan Singh has asked the Jat community members to get unite and fight for rights especially to get the OBC status.
He was addressing a meeting of Jat community members at Chenani wherein the latter highlighted the problems of bad roads and shortage of water.
They also said that the people in Chenani are reeling under poverty due to indifference of the Government.
“Despite Gandola Project and KV School in the area, the people here have been deprived of their rights with no benefits of Government schemes being extended to them,” they said adding that earlier many community members earned their livelihood by selling vegetables at Tamatar Morh but after the launch of Chenani-Nashri Tunnel, this hope has also been dashed and there is no scope for the regular income.
Ch Manmohan asked them to get united under the umbrella of AIJMS and claimed that presently the community is divided by their association with different political outfits.
He said that need of the hour is to leave aside the political affiliations and come under one platform to fight for the cause of community with one voice.
Manmohan said that the foremost demand of the community should be the grant of OBC status as the same can sort out many problems of the community.
Later, AIJMS Chenani Unit was formed with Babu Ram Choudhary as president and Vinod Kumar Choudhary as vice president.
Other office bearers were Madan Lal Choudhary, general secretary; Balbir Raj, secretary; Satpal Choudhary, cashier; Ranjit Singh, youth president; Rahul Singh, youth vice president; Manohar Choudhary, general secretary and Nanak Chand, chairman.
Among those who accompanied Manmohan Singh were Ch Prem Pal, Ch Rattan Lal, Girdhari Lal, Surat Singh, Karnail Singh and Satish Choudhary.