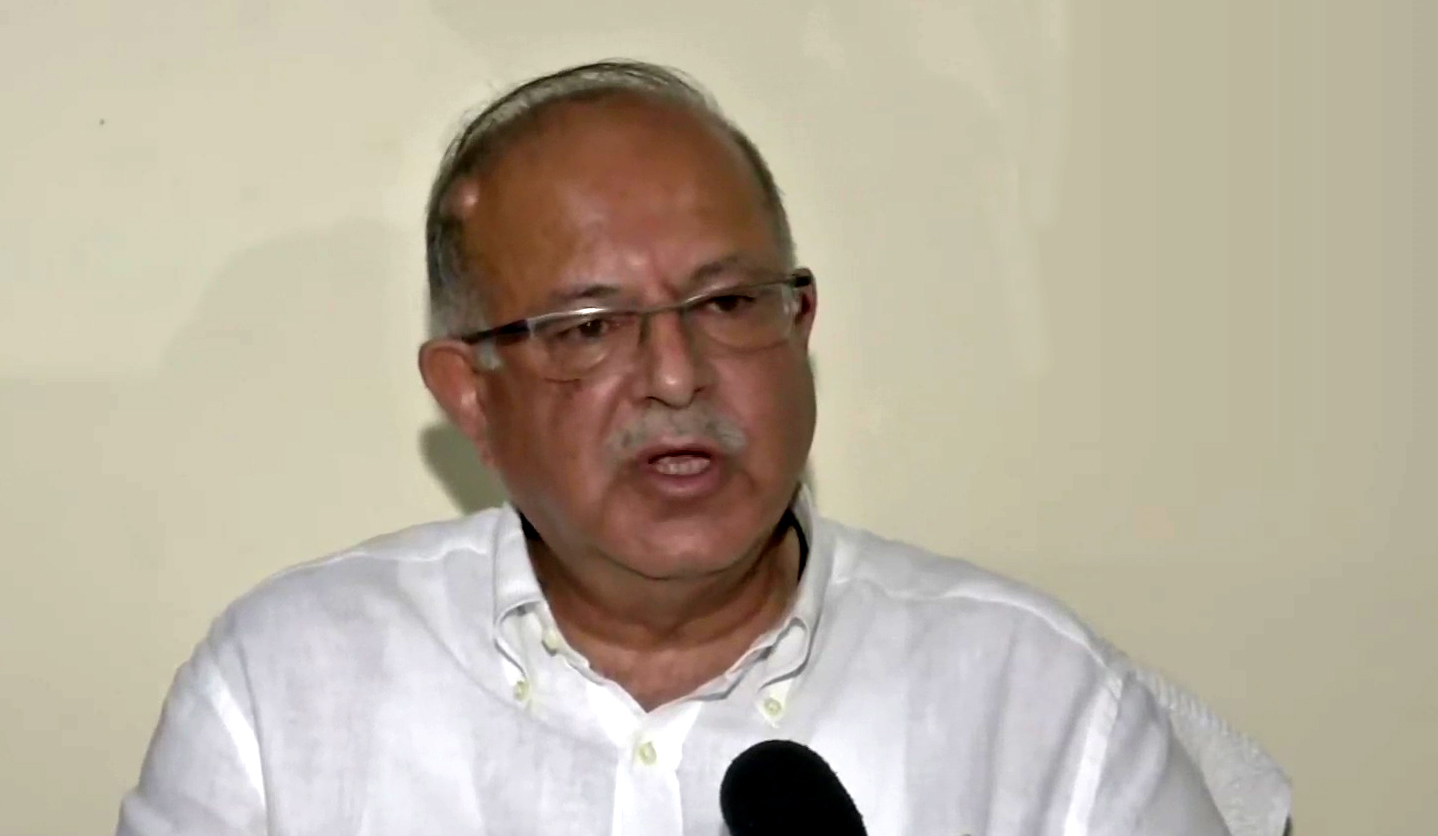 New Delhi, Oct 18: Congress leader Tariq Hameed Karra has said that Rahul Gandhi should be party chief again as he is the “most popular and influential leader” party leader for people of the country.
“Rahul Gandhi is the most popular and influential political leader among people. So the next president of Congress should not be anyone from outside the Gandhi family. Rahul Gandhi should become the president of Congress,” Karra, a former Jammu and Kashmir minister said.
Asked if the next chief should be from outside the Nehru-Gandhi family, he said “members of the Gandhi family only influence the people”.
“Rahul Gandhi should be because we need not just a party chief but an effective leader also and that person is Rahul Gandhi,” he said.
Rahul Gandhi is learnt to have said at the Congress Working Committee meeting on Saturday that he “will consider” becoming party chief again as senior leaders urged him to take the mantle.
“I will consider,” Rahul Gandhi is learnt to have said at the meeting at the request of senior leaders who urged him to become the party chief again.
Sources said Rahul Gandhi also said he needs clarity at the level of ideology from party leaders.
Some leaders said he should be made the working president till the organisational polls are completed, the sources had said.
The Congress announced the schedule for organisational elections after the CWC meet and the next Congress chief is to be elected by September next year.
Sonia Gandhi had agreed to become interim party chief after Rahul Gandhi resigned following the Congress debacle in the 2019 Lok Sabha elections.
Karra also responded to reports about his alleged remarks at CWC targeting Sardar Patel.
“I don’t know what quarters want to misrepresent it. I read in a leading newspaper today where they had misrepresented facts. It has to be seen who said these things outside, it’s serious,” Karra said.
BJP spokesperson Sambit Patra had targeted Karra at a press conference earlier in the day and questioned whether Sonia Gandhi and Rahul Gandhi had objected to his remarks during the CWC meeting.
Patra alleged that Karra had said that “Sardar Patel colluded with Jinnah and was trying to keep Kashmir separate from India”.
“When Sardar Patel was being vilified in the CWC meeting, did Sonia Gandhi and Rahul Gandhi object to it?” he asked.
“BJP wants to know if Karra has been reprimanded and if he will be removed from the CWC,” he added. (Agencies)