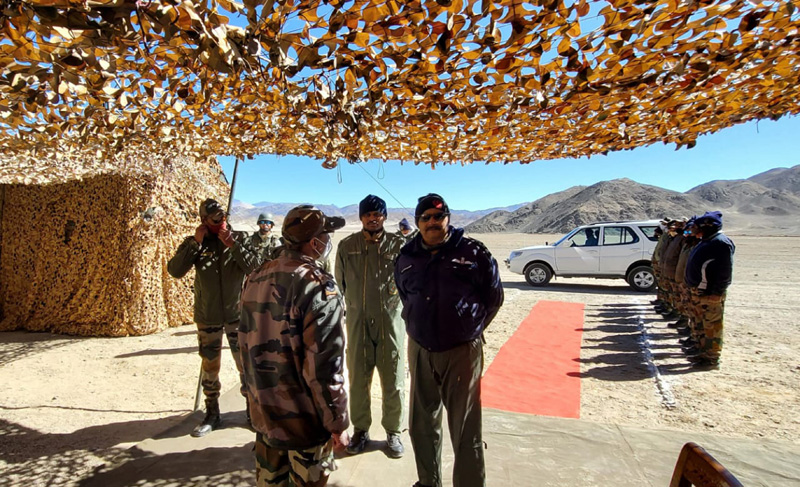 NEW DELHI, Oct 17: Air Chief Marshal V R Chaudhari visited the IAF’s Leh station and deployments at forward areas in the northern sector on Saturday to take stock of operational readiness of the service’s units.
The Chief of Air Staff also interacted with the personnel stationed at the airbase and units on deployment.
In a tweet, the Indian Air Force (IAF) said today that “Air Chief Marshal V R Chaudhari, Chief of Air Staff (CAS), visited Air Force Station Leh and the IAF deployments at forward areas in the northern sector on October 16.”
The border standoff between the Indian and Chinese militaries erupted on May 5 last year following a violent clash in the Pangong lake areas and both sides gradually enhanced their deployment by rushing in tens of thousands of soldiers as well as heavy weaponry.
As a result of a series of military and diplomatic talks, the two sides completed the disengagement process in the Gogra area in August and in the north and south banks of the Pangong lake in February.
Each side currently has around 50,000 to 60,000 troops along the Line of Actual Control in the sensitive sector. (PTI)