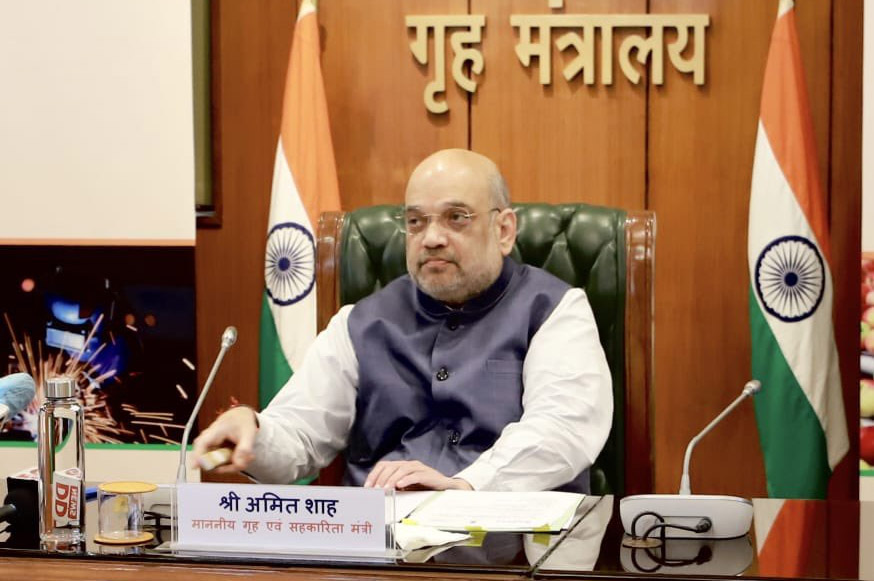 New Delhi, Oct 18: Union Home Minister Amit Shah will chair a closed-door meeting on Monday to review overall security across the country and policing issues with all the director-general of police (DGPs) and inspector-generals of police (IGPs) as well as the chiefs of Central Armed Police Forces (CAPFs).
The present situation in Jammu and Kashmir as well as Naxal issues are believed to be the key agenda of the meeting in which National Security Advisor (NSA) Ajit Doval and Director Intelligence Bureau Arvind Kumar along with his colleagues will take part.
Known as National Security Strategy Conference (NSSC), the meeting will be in both physical and virtual mode.
Most of the Director Generals of Police (DGPs) of states and Union Territories are expected to join the meeting through virtual mode.
Heads of intelligence services and officers active on-field duties in sensitive areas are also leant to attend the meeting.
“In the meeting, the elaborate discussion is expected to be held in security situations in Jammu and Kashmir, Naxal affected areas, cross border crimes, drugs and other issues that pertain to the threat of internal security. Joint efforts will be discussed to come over threats and enhance internal security,” an official said.
The meeting will start around 3.00 pm and will continue till late in the evening.
This annual meet is organised every year to discuss issues that cause a threat to internal security.
The security situation in Jammu and Kashmir, considering recent killings, seems to be the major agenda of the meeting, and plans to maintain peace as well as take action against people behind the terror activities in the union territory.
Besides, matters of drone activities, cross border smuggling of arms and ammunition as well as other crimes will be focussed in the meeting.
The Home Minister will also be informed about various issues faced by police. (Agencies)