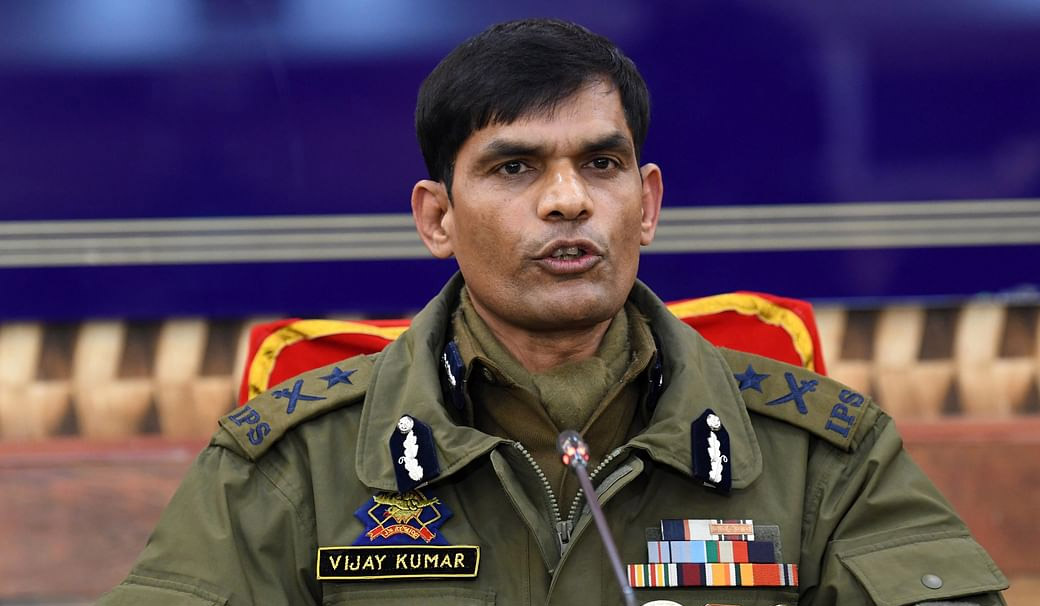 Srinagar, Oct 17: Inspector General of Police (IGP) Kashmir Vijay Kumar Sunday strongly rebutted the order asking non-local labourers to reach police stations and army camps terming it as “totally baseless and fake order.”
“There is no such order. It’s a fake one,” the IGP Kashmir said. An order that has gone viral on social media reads that all DIGs are impressed upon to take all non-local labourers to police stations and army camps. The order was circulated after the killing of two non-Kashmiri residents in South Kashmir’s Kulgam district. (KNO)