Centre should take locals into confidence to fight terrorism in Kashmir: Yechury 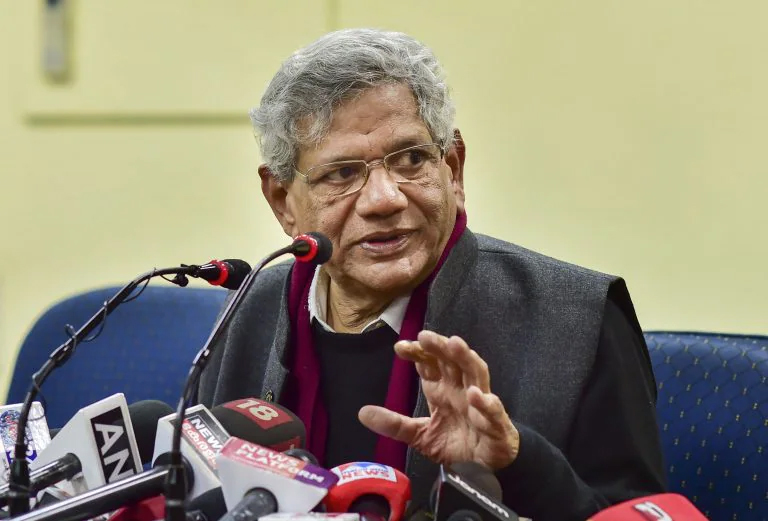 New Delhi, Oct 17: Condemning the killings of civilians by terrorists in Kashmir, Communist Party of India (Marxist) general secretary Sitaram Yechury on Sunday said the fight against terrorism can only be won by taking local people into confidence.
Yechury said, “This is totally condemnable. Please do not count that which religion the victims belongs to– human beings are human beings. We cannot tolerate attacks on civilians. We need o put an end to this and whatever steps are required the government must take.”
“In last two years, the government said that terrorism has come under the control in Kashmir. Now, what are we seeing these days? So take the effective majors,” he questioned.
The CPI(M) leader emphasised that the most important thing is to local people into confidence.
“That is something that the government has utterly failed. Terrorism cannot be fought only as a law and order issue. It has to be fought on basis of the support of the people” said Yechury.
Yechury stresses that the fight against terrorism in Kashmir can only be won by taking local people into confidence.
“You have to take whatever majors are required to control, contain and defeat terrorism, at the same time at least take the confidence of the people and involve them in this struggle to fight against terrorism. Both are to be done simultaneously and unfortunately, this governemnt is not doing that,” he alleged
A street hawker from Bihar and a labourer from Uttar Pradesh were killed in two back-to-back attacks by terrorists in Jammu and Kashmir on Saturday.
Jammu and Kashmir police said that two non-local labourers, who had been fired upon by terrorists in Srinagar and Pulwama, has succumbed to injuries.
According to the police, the area was cordoned off and a search to nab the terrorists is underway. (Agencies)