2 killed, one injured as vehicle falls into deep gorge in J&K’s Bhaderwah 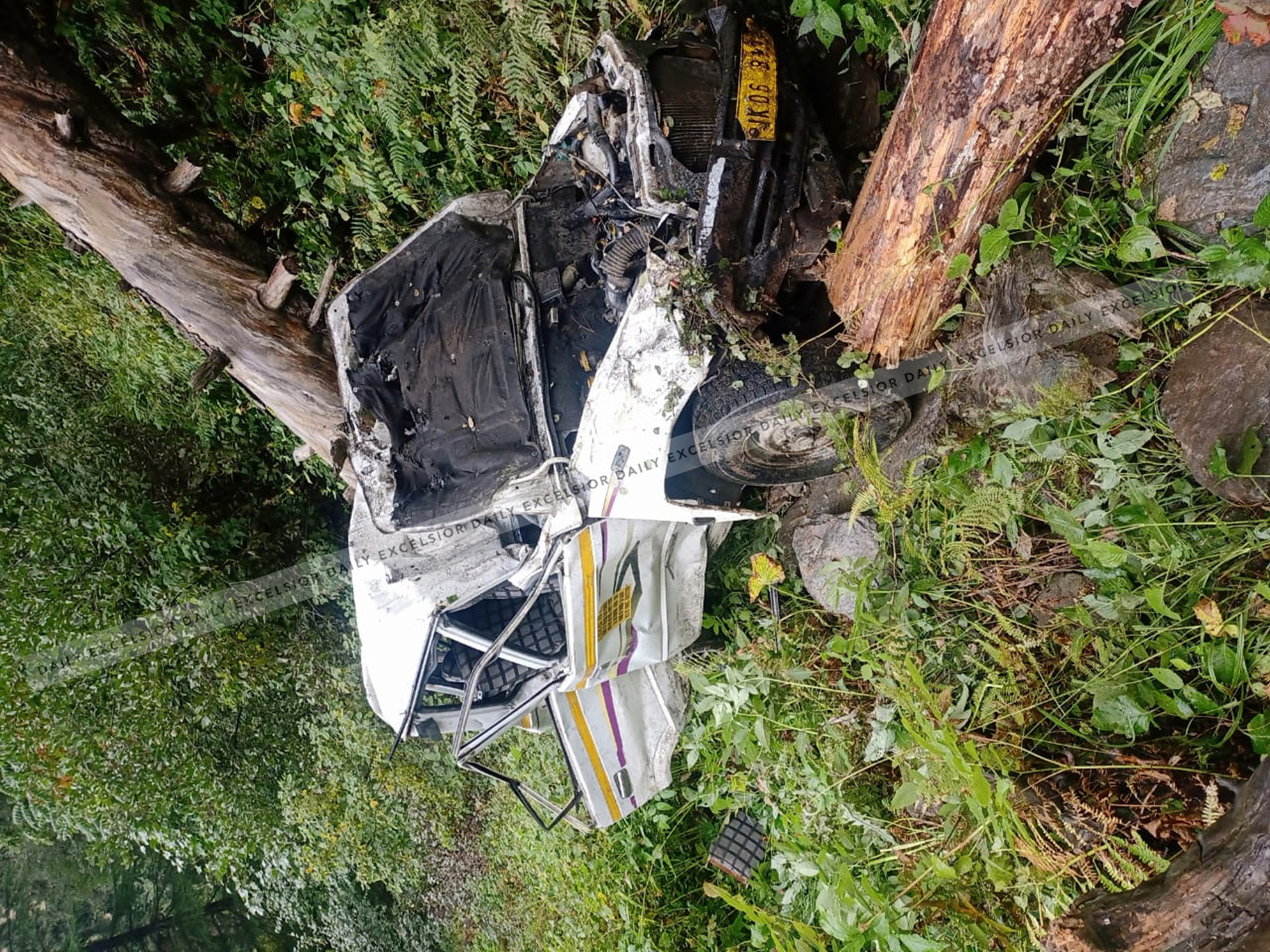 JAMMU, Oct 17: Two people, including an employee of the Power Development Department, were killed and another injured when their car skidded off the road and plunged into a 300-feet deep gorge in Jammu and Kashmir’s Bhaderwah district on Sunday, officials said. The accident took place near Khanni top along the interstate Bhaderwah-Chamba road, they said. Ravi Kumar (42), who was driving the a Sports Utility Vehicle (SUV), and PDD employee Ijaz Ahmad (45), both residents of Sartingal village, died on-the-spot while another person identified as Irfan Ahmad hailing from the Bheja village was injured and evacuated to Bhaderwah hospital by rescuers. According to the family members, the trio had gone to collect sticks, used for threshing paddy, from the Padri forest this morning and were returning to their village when the accident occurred.
Meanwhile, a woman was killed and another person injured in a separate accident after a three-wheeler rolled down into a gorge in Mandi area of Poonch district late on Saturday. Sara Begum (50) and Rafiq Ahmad were brought to Mandi hospital, where Begum was declared brought dead, while Ahmad was referred to district hospital in Poonch for specialized treatment, officials said.